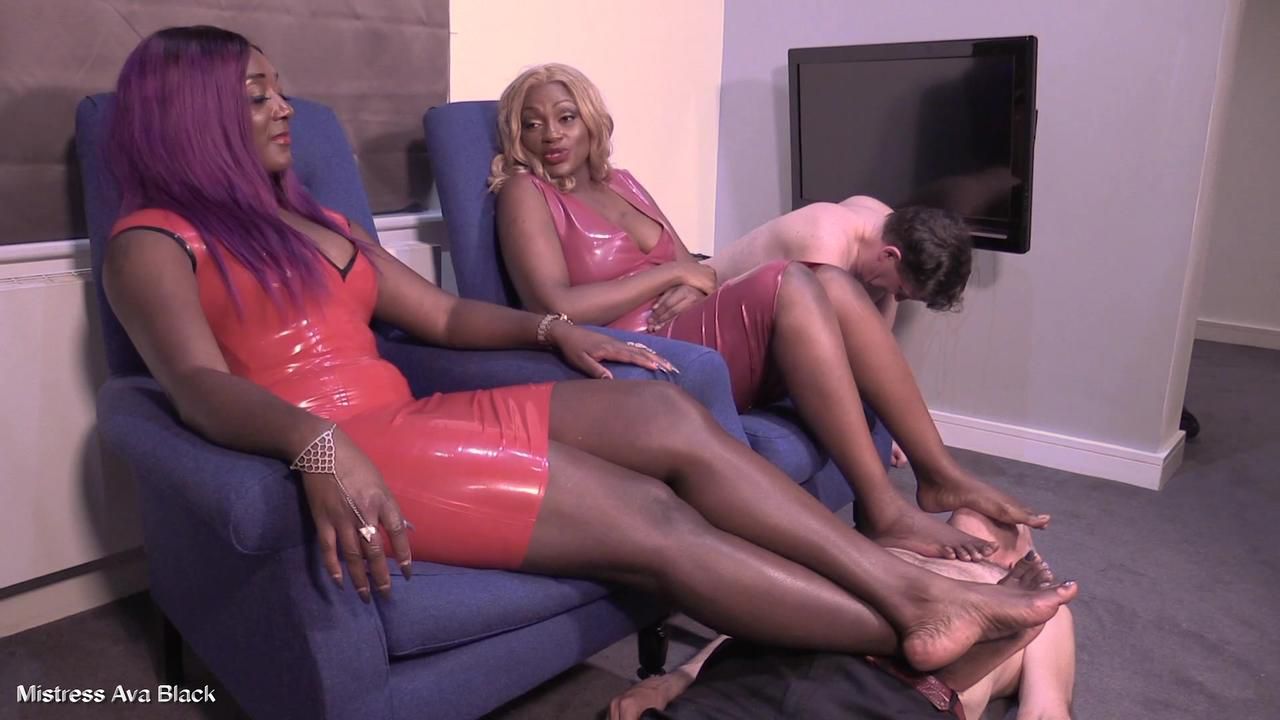 Pummelled by our feet - Full clip

Well, we started by making him take all his clothes off. A good footstool he might be, but we wanted to fuck him up just a little bit. Stomping down on his cock and balls was a good start. After all those pellets won't be any use to anyone. Just an amusement for us to fuck around with.

And more fun than stomping on his nads is kicking them! Hard as she can! Mistress Lorraine gives them a good pummelling. The slave's cries of agony only spur her on to increase the hurt! She puts her vicious sharp stiletto heels on. They will make for better ballbusting. Whack! Whack! Whack! She catches her heel! Haha!

Mistress Ava Black wants a go. Or more specifically she wants to do a running jogging kick on the slave's cock and balls as she sits in the chair. The slave is literally singing in agony as she tramples and squashes him as hard as she can!

While foot worship slave worships Mistress Lorraine's feet, the grub slave gets his balls slapped and punched like crazy! Neither women have any kind of mercy for a grub like him, and they really enjoy reminding him that. Those nuts of his get another running man jogging flurry of kicks! Trying to stop Mistress by squeezing his legs shut doesn't work. She just spreads them and carries on while Mistress Lorraine kicks him in the arse!

foot worship slave knows better than to interfere even as Mistresses trample him with their heels and barefoot, trapping him firmly underfoot! And when they bust his nuts repeatedly all he can do is watch. Because Mistresses get what Mistresses want!