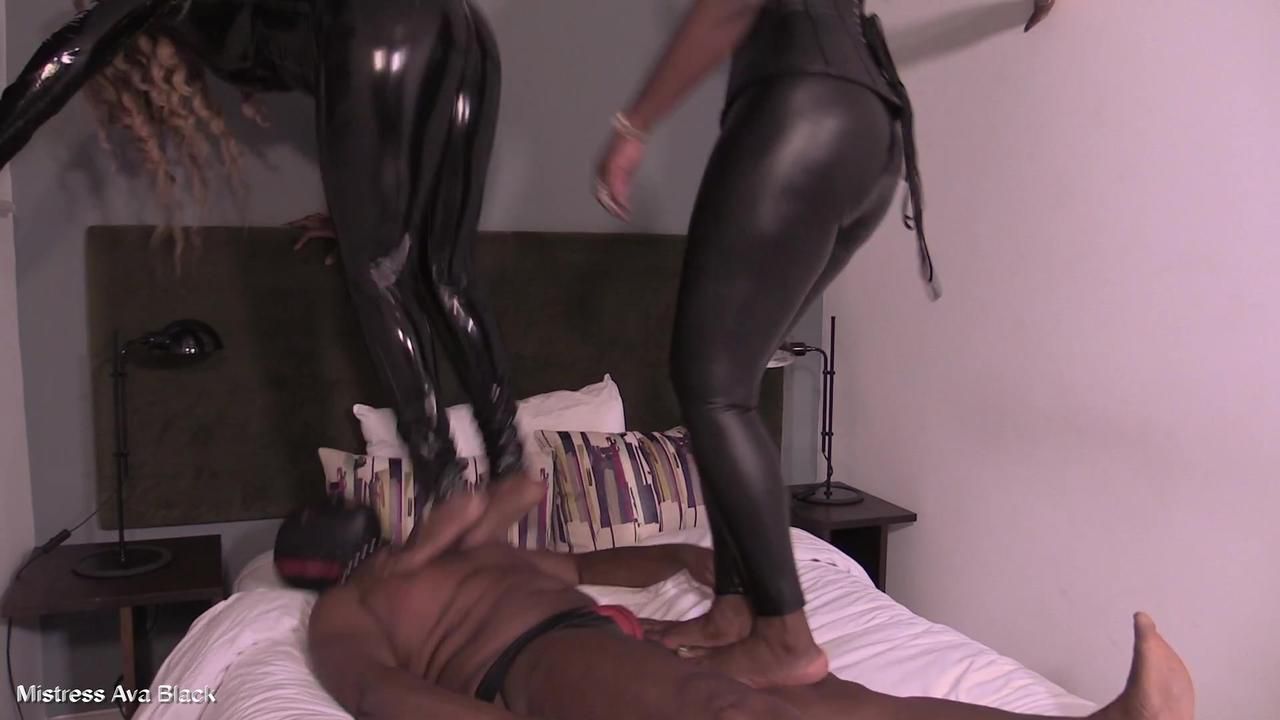 Our human trampoline - Part One

slave is feeling very brave as he has agreed to taking whatever Mistresses have in mind for him today!

It's not their fault really then is it? He wanted anything. And they're going to give him ANYTHING!

They're no welterweights, and they want him to feel every gram of their weight on him as they walk right onto him as introduction. Then they bounce! As hard and as heavy as they can!

He can hardly take it and he groans under the strain of their double heavy weight on him. Then they sit on him and facesit him hard! Oh what fun slave torment is!