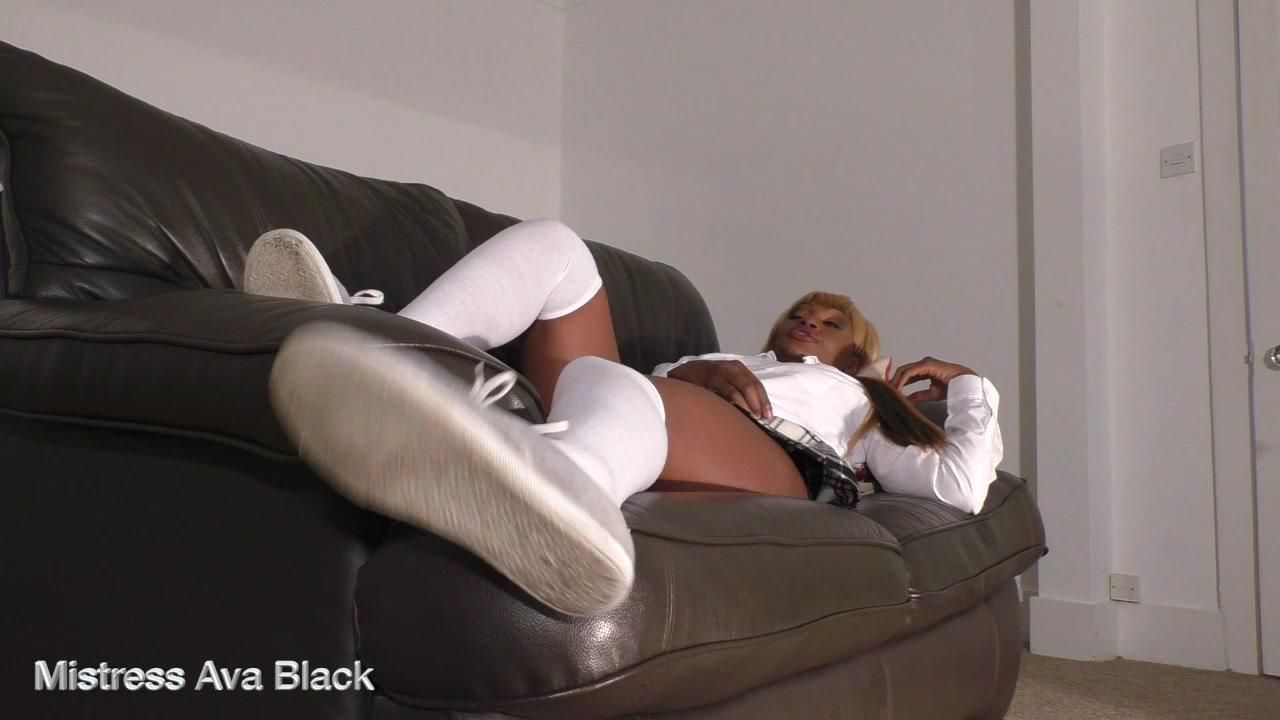 It is shortly after you have had a fight with your little sister Ava.

She had been sitting at the dinner table after school with her dirty shoes and plimsolls on the table. You couldn't stand that she always does this and you'd told her off for the millionth time about this.

This time though she wasn't having it and she'd yelled right back at you.

You didn't let it fly. You were older than her, you'd thought you could take her.

But you'd been super surprised when she not only fought back but she beat you up! In fact she'd beat you up so good that you were still in shock now.

And as you sat stunned on the floor she was gloating about her victory. Laughing at how pathetic and scared you'd looked when she beat the taste out your mouth!

She dangled those filthy plimsolls off the edge of the couch right in your face. Maybe, she said, it was about time that you got over your stupid obsession with her shoes. You were going to spend the rest of your life smelling her stinky socks and plimsolls!

Yes you heard her right! She was going to fling those things on you any time she felt like it! And there was nothing you could do to stop her!

She might call you into the kitchen when it was her turn to cook and you'd have no choice but to come in there and sniff her superior plimsolls. Right there! On the floor! While mom and dad sat in the lounge watching telly.

Oh she had loads in store for you! And you'd brought it upon yourself with your stupid obsession! You could consider this to be your very own special little sister dirt rehab therapy!