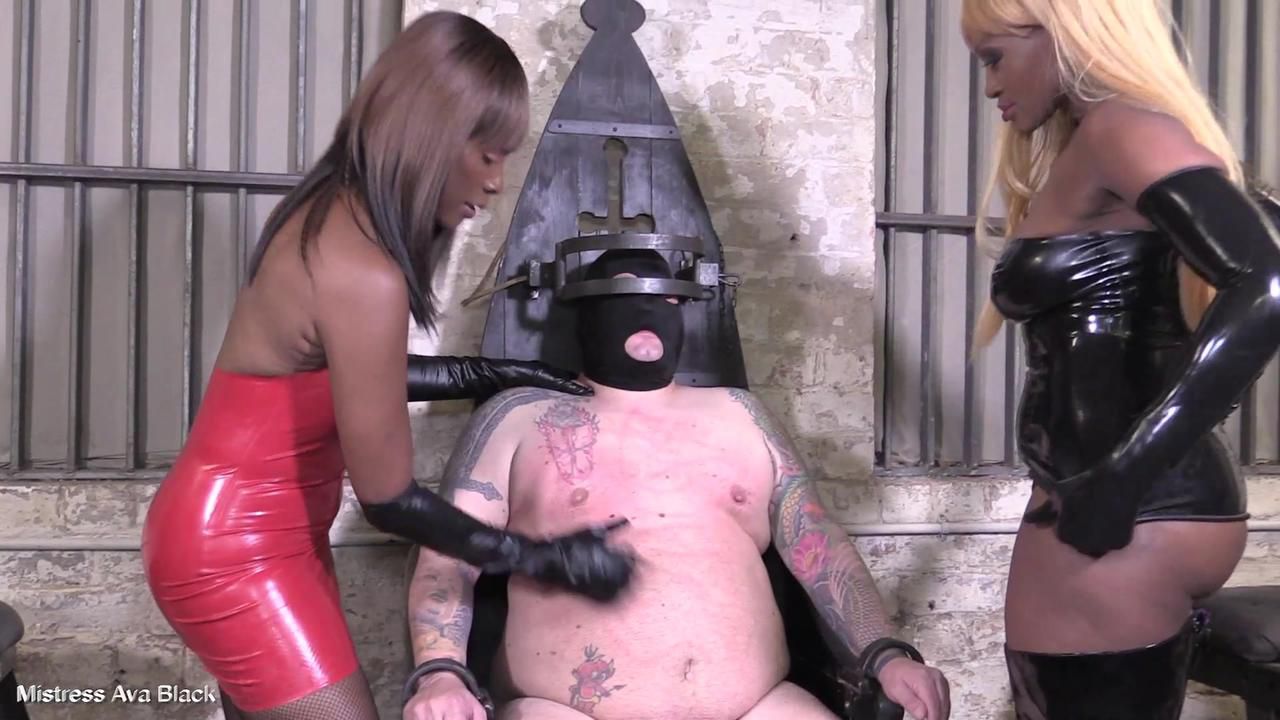 Mistresses squeeze his balls with their rubber gloves. They love that taking his other senses away enhances his sense of touch. Which means when they stroke his tiny prick with both their hands it grows and grows under their touch.