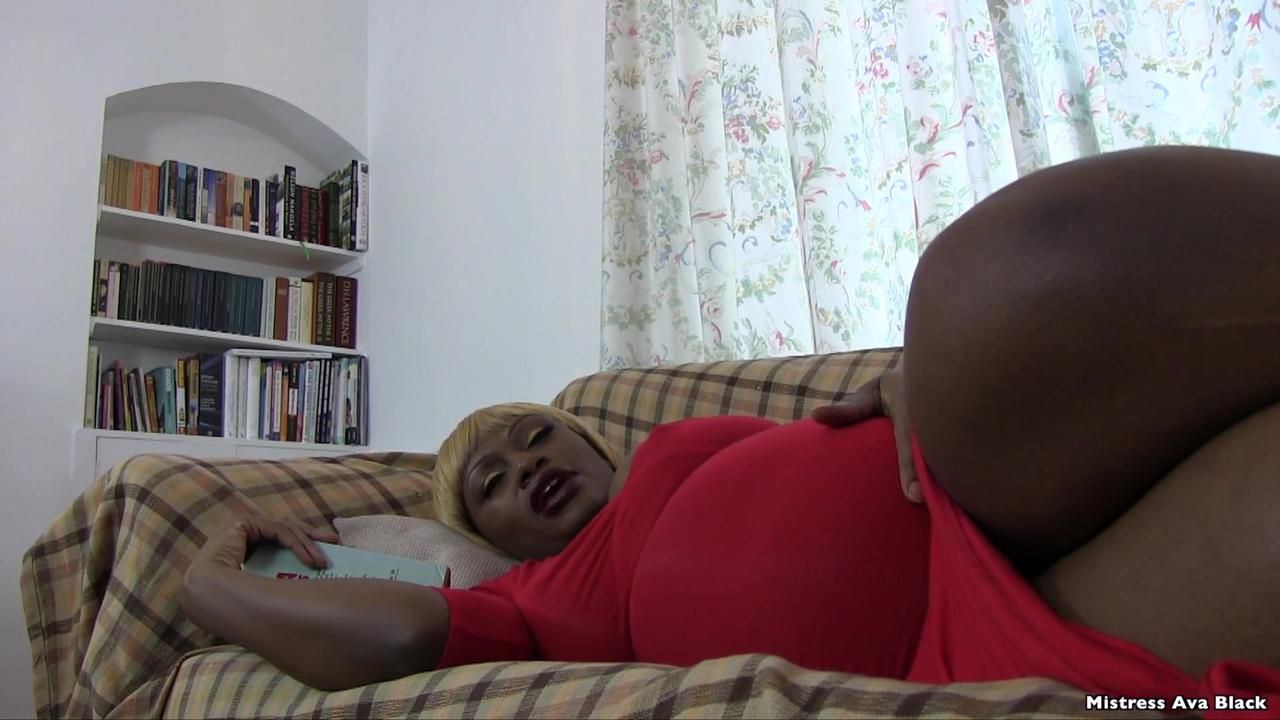 Normally Ava lets them scurry about on their business, paying them no mind. But ever since she became pregnant she's been getting some very unusual urges and cravings. She can't seem to get it out of her mind. She's literally eaten her way around the house in an attempt to deny what she has been really craving. But today it's all going to come to a head.

She knows it's wrong but she just wishes she could lure one of the little people out for a chat. She's not quite sure what she will do when she finds one, but she tells herself she will just smell them for a short while. No harm in that surely?

As she lies on the couch contemplating what to do Ava senses movement in the room around her. She stands up and looks around the room. She catches a glimpse of a borrower walking across the side table. Stooping down she greets the borrower cheerily. She tries to make small talk but the little borrower's voice is too tiny for her to hear. Ava picks her up so she can hear them better when suddenly the scent assaults her nostrils.

She takes one deep breath, inhaling the scent of the female borrower. It smells intoxicating! Positively addictive! Primal lust kicks in and before Ava knows it she has the borrower in her mouth. The taste is everything she has been hoping for all this while! Pure melt on the tongue deliciousness! Before Ava knows what's happening she is rolling the miniscule person around on her tongue!

After the two borrowers have slid down her throat and are hanging precariously on the edge of her teeth Ava paces the room. Initial regret has been rapidly replaced by a desperate lust.

She tries to contain herself but it's not long before she's craving yet again. She scans the bookshelf and is overjoyed to see another borrower there. Cowering in the shadows hoping not to be spotted. He has seen everything that took place with his friends. He can't believe his eyes and he is quivering as Ava picks him up.

His fear amuses her. After all, she tells him, her mouth is really quite big. There's plenty of room in there to fit him and his friends before him. And she could just as easily plop him in and swallow him whole! Ava opens her mouth wide and the little borrower sees that her mouth is indeed cavernous. Ava breathes in deeply. He is so meaty and he looks like he would fill up her mouth completely.

She seems to toy with the idea of letting him go. But she knows that if she lets him go he'll tell the other little floor dwellers and she just can't have that. Besides all she has ever wanted is to get a little borrower and feel them slide down her throat, knowing that there's nothing they can do about it!

Down the chute he goes! She was right. He does fill her mouth just perfectly. But all that slipping and struggling ends badly for him as he slides straight down her throat!

What an awful accident!

Ava could have stopped his descent but she figures she'll let him stew there awhile... That will teach him a lesson. And besides, her mouth is feeling empty again. And she was almost certain she could hear rustling on that shelf again…

"Come out come out where ever you are..."

Ava is buzzing off the gorgeous taste of the borrowers already squirming around inside her. Her cravings have taken complete control of her and she is euphoric!

She finds one little borrower hiding, his little legs not long enough to carry him away from her fast enough. She catches him easily enough and drools all over him. The lust is clear in her voice as she tells him how she's going to enjoy feeling him struggling inside her mouth. All guilt is completely done with and all she wants now is to feed the craving!

That last little borrower went down hard! "He must have done calisthenics or something in a previous life..."

Ava has developed a taste for these little borrowers! She feels no guilt the more she pops in her mouth - only sweet sweet satisfaction. They were just the treat she was craving! That little borrower is really putting up a fight though. He's clinging to every part of her throat as he slides down and she has to swallow really hard to get him to go down.

A strange thing is happening though... No matter how many she pops she just needs more... She doesn't know whether  it's the fight the last one put up or the fact that she's finally feeding her intense cravings, but she wants more. Just one more... just one more... But they seem to be running away from her.

She gets down on the floor and crawls around, looking for just one more... Oh! here's one! He looks like a new face too. So ripe, and glowing skin... Mmm, simply delicious!

Mmm, that little borrower is just the perfect size for Ava's hungry hungry mouth. She is so curvy, so very juicy... Will she be all that Ava needs? Or will it just be an awful case of the more that she eats the more that she wants? The little borrower is so very afraid. And the scent of her fear marinades her in the most delicious way possible. Ava is drooling as she contemplates what to do with this last juicy morsel?