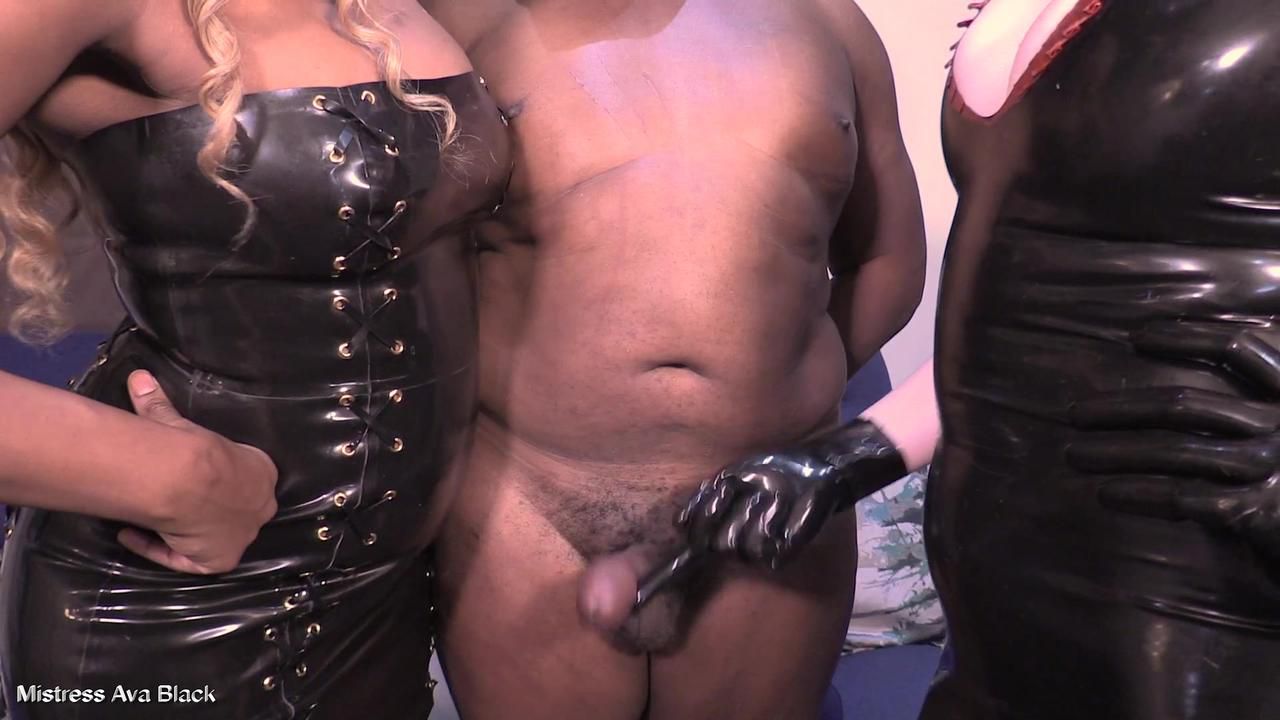 Beat him the fuck down! - Full clip

When you're in the presence of greatness it is easy to become overwhelmed.

But then again Mistresses are also keen to remind this slave that they will overwhelm him with their bodies too. Mistresses enjoy slapping his face hard in turn. Sharp stingy slaps to his face send shockwaves through his body. A million stars explode all over his sight but they don't stop.

He tries to squirm away but they grab a hold of him and twist his nipples hard. Laughing as they slap his nipples and his face. Beating a slave down is so much fun!

The slave has to say both Mistresses' names each time they slap him!

Over and over again as they hurt his face. First Lady Valeska slaps him then Mistress Ava Black jumps in. Harsh slaps on his face making him groan and grimace in pain. His sensitive nipples feel every part of their attention but no mercy is shown to his nipples or his face.

Then Mistress scratches his body deep and hard with her nails, leaving deep welts on his skin. And just when he thought the pain was over they go back to slapping him and spitting right into his face! Humiliating degrading punishment! More than he deserves!

His fucking cock betrays him though! No matter how hard Mistresses are hurting him his cock stays rock hard! Mistresses want to teach him a lesson in humility and obedience. Basically they do whatever the fuck they want to do with him and he takes it joyfully!

They rain blows onto his cock and balls, punching them viciously and laughing as he struggles. He nearly collapses but he won't be given any such release. But he tries to stand back  up again.

slave stands back up again. "Yes..." he is uncertain and maybe it's a knee-jerk response. After all he knows not to disobey his Mistresses whenever they command him to do anything. That automatic response will cost him good.

Because now Mistresses are punching and pummelling him in the body and in the nipples. Punching him good! Working up a  sweat. Down he goes again!

They beat him up even more as he staggers about the room. Blow after blow as he struggles to take more to please his Mistresses.

Will he keep rising or will he accept defeat like the loser beta he is? Watch and find out!