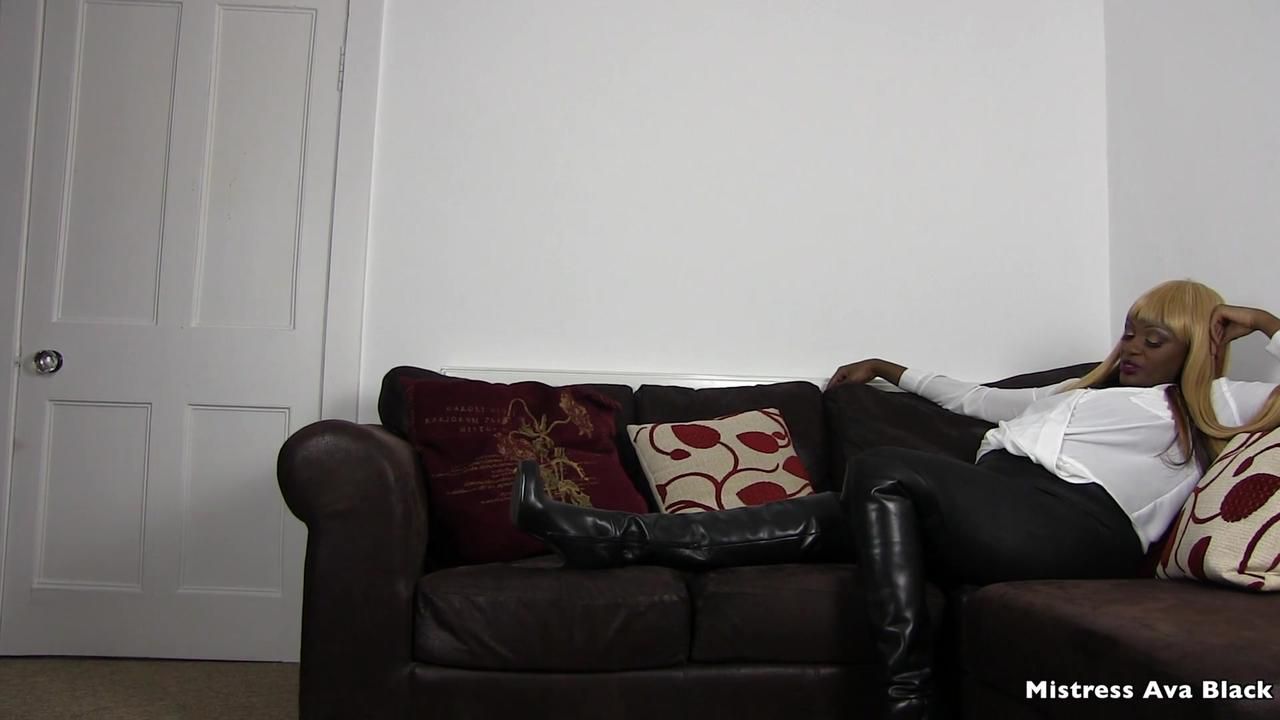 Ava is a right ballbuster. The meanest boss you could ever imagine, then with a sprinkle of conceited on top! She makes everyone’s life miserable in the office and she seems to really get off on making people feel small.

It was nothing short of a miracle then when the office staff heard she was pregnant. Just thinking that anyone could have enjoyed sticking it to the mean bitch was beyond anyone’s imagination! But happen it had, and now Ava was very heavily pregnant.

She hadn’t breathed a word of this to anyone of course. They weren’t surprised. Rumour was that she was so keen to cling onto her top corporate job that she was only taking the day off when the baby was due and straight back in to make everyone’s life a misery the following day! Hardly surprising, but having done their research on childbirth, some of the ambitious young execs were already making a play for her job. Motherhood changes a woman, and they were confident Ava wasn’t going to be any different. Besides it was time for a new leader - one of the boys…

None of them had expected what was to come.

No sooner had they all squeezed into the room than Ava threw a magical dust over all of them. Incantation followed and suddenly they all felt themselves shrinking! The room got bigger, Ava towered over them… And next thing they knew she was rounding them all up and sweeping them into her blouse. Nestled between her gigantic pregnant breasts, she had jiggled and bounced her way out of the office and headed home.

And that was when the real nightmare had begun.

Because Ava was determined to get to the bottom of this ‘hostile takeover’!

No one wants to be the one to spill the beans, so Ava begins to pull them out of her bra one by one. Starting with one of the young execs.

No way out. It’s confess or be crunched time!

After all Ava believes that men only make good employees. Not a single smart brain cell amongst the lot of them! That’s why she only hired men in her office.

Her next little victim holds on fast to his loyalty to the team. He refuses her offer of a redundancy package for him to resign with his dignity intact if he confesses. The alternative is taking a chance against her swirling stomach juices.

The idiot thinks he stands a better chance against Ava’s enormous tongue and powerful throat muscles so she sits him on her tongue and rolls him around so he knows she means business! Her little monkey in a suit squirms and wriggles on her tongue uselessly!

Has that changed his mind? Ava could swallow him right up and she wouldn’t feel a thing! One fell swoop and he would be inhaled. Gone. Poof!

The other littles are now in a frenzy! They try to flee from the gigantic boobs but all to no avail! Their screams that she is a cold hearted bitch only makes Ava smile. She knows and enjoys being the bad guy.

Will her next victim give up the goods? Now that he knows what fate certainly awaits him in her mouth?

Ava will swallow up any of his resistance - literally! So will he be more agreeable than the others? After all it’s not the first time she’s done this. His termination of contract could be very final! And once she’s done with this office she’ll just move on and start afresh in another town.

“Don’t you know how easily you get swallowed in this big bad corporate belly?”

One by one she gobbles them up. And then there was photocopier guy…

Even though she didn’t do his entry interview into the company it seems she’ll be doing his exit interview. He had no chances of hurtling through to the top in a few short months… or did he actually think he would be the one to best Ava?

Well he won’t be propelled to the top if she has anything to do with it! He doesn’t look like much of a fighter to Ava, so he’d best use his brain to do the right thing… Because Ava is going to cut down all bad behaviour in the company! Get rid of the problem before it spreads… Rebellion is like a parasite that makes people think for a moment they can be better than Ava. And like a good strong motherly figure Ava will have to get rid of that parasite before it destroys her beautiful corporate baby…

And unless photocopier guy starts talking and tells her everything he knows he’s going to meet a very crunchy end!

She gives him a good preview of where he could end up. Right inside that mouth of hers. She opens up wide and slides him down to the back of her throat. He can feel her tonsils fanning apart above his head. And realising that she means business sends cold chills rushing up and down his spine!

Enjoy this electric tale of more, greed, and meanness on a level you could never imagine! Just goes to show, when you try to overthrow a mean bitch like Ava you’re heading straight down to Bad Business!